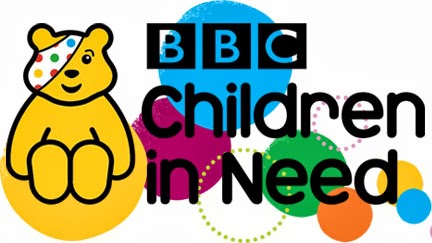 Every year we support Children in Need.  When I was in school, the best part of Children in Need for me was getting to wear my own clothes and watch a band at Lunchtime.

As a teacher, I loved going to school in my pyjamas or some other “silly” costume, but always felt a bit strange popping to the supermarket after work!  Luckily, most places join in nowadays so you feel the odd one out if you’re not dressed up.

When Danny was born, he was straight into wearing Pudsey ears for his first Children in Need and I loved it even more when he was old enough to stay up and watch it with me.

We have also benefited from Children in Need as they provided funding for all the Little Hearts Matter information booklets that have been invaluable to us, school and other families over the years. 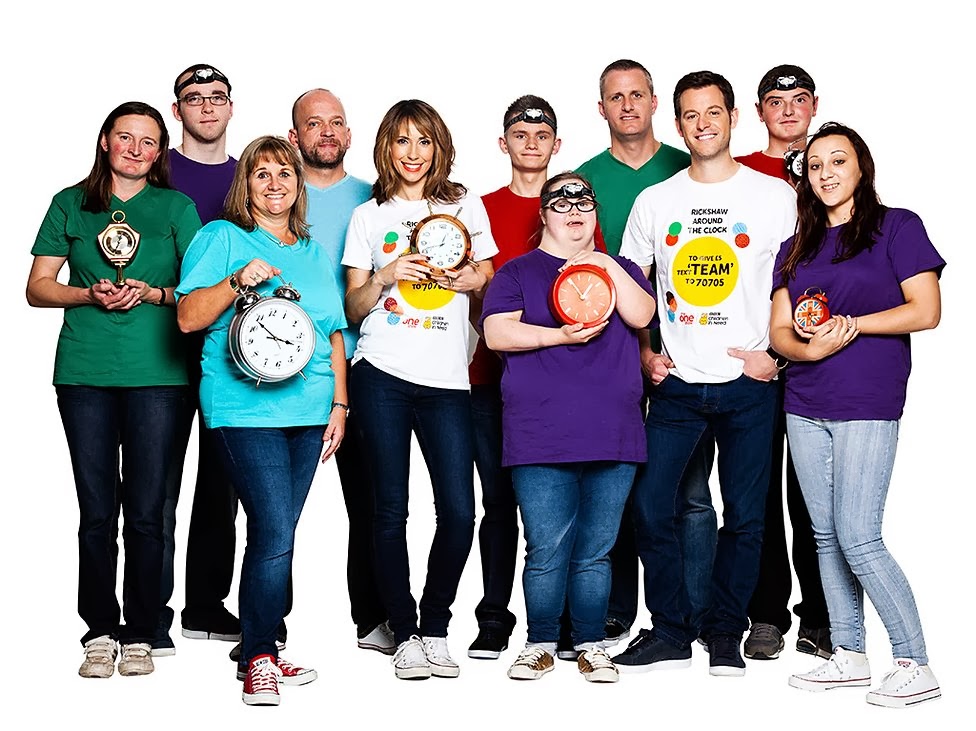 This year we have been even more excited than ever about Children in Need thanks to The One Show’s Rickshaw Challenge featuring two very special local ladies, Bethany, 16, and her mum, Amanda.   Bethany’s mum is a teacher at our kids school so they have been following their Children in Need journey with much enthusiasm.

When we found out that one of their “stop points” was in Abergavenny, we knew we had to be there.  Luckily, Makala felt the same way so was able to not only drive Danny and I all the way there, but also take wonderful photos of the experience.  Thank you so much, Makala! 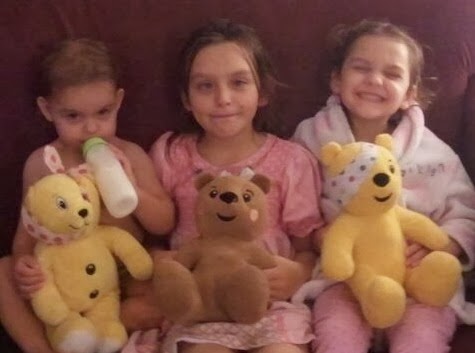 At home, the girls waited patiently to watch Bethany and Amanda on The One Show.  We were later than we wanted to be as Danny had a Cardiac Appointment first.  His appointment went well so that was good news! 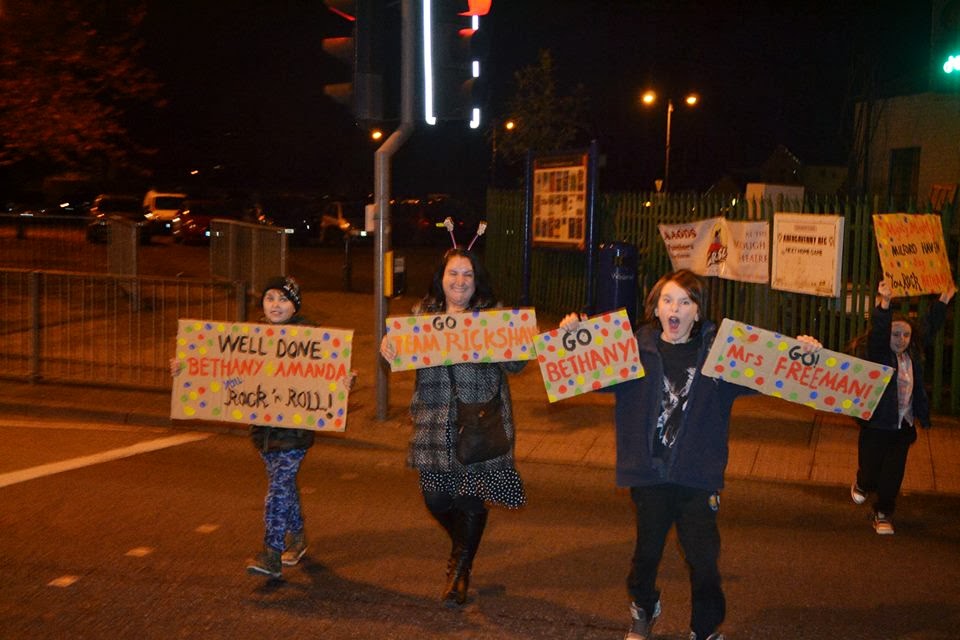 We found Abergavenny to be a really friendly place, I tweeted Visit Abergavenny and they gave me information on where to park,  when we arrived, we stopped to talk to passers- by and they informed us that the rickshaw was running late due to technical problems. 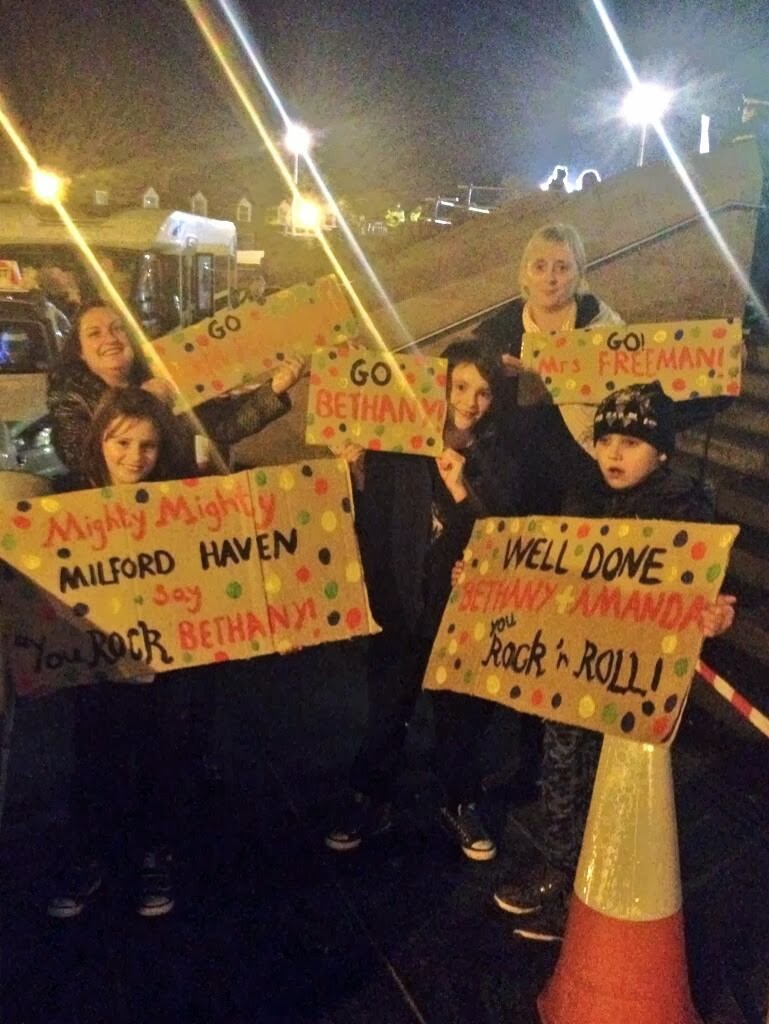 A lovely lady asked if she could take the above photo of us all and explained that she would be tweeting it.  It turned out that she was part of the Rickshaw Challenge Social media team so we were featured on the website.

Eventually, the moment we were waiting for…the rickshaw arrived!  We were so excited to see Peter pedalling Pudsey Bear towards the “studio” area that we started to cheer really loudly…only to be told to “Ssh!” as he hadn’t officially arrived “on camera” yet.  Trust us!  But I love how Makala caught the “fingers on lips” in this photograph.

There followed a lot of waiting around with us not able to see anything really.  The only thing that would have made our night even more perfect would have been if the groups of adults at the front of the railings could have let our kids stand in front of them so they could see too.  When it became obvious that this wasn’t going to happen, we knew we had to find a different way to ensure that Amanda and Bethany knew we were there supporting them.  Makala and the kids did a brilliant job…they stood on the wall and screamed at the top of their lungs until we had their attention. 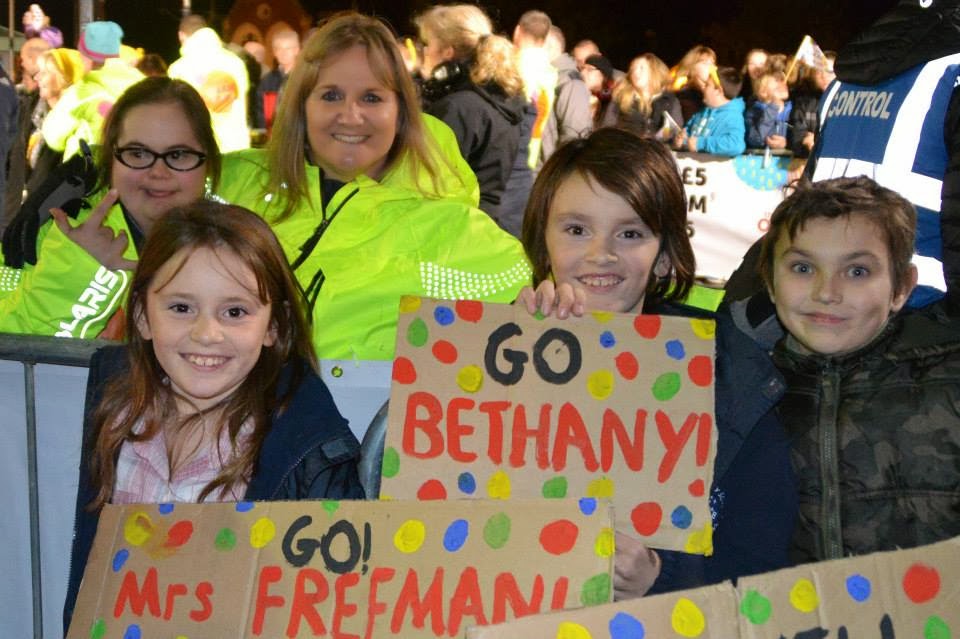 At the end of the show we could get right up to the railings to finally show our support to Amanda and Bethany.  There were lots of hugs and High Fives! 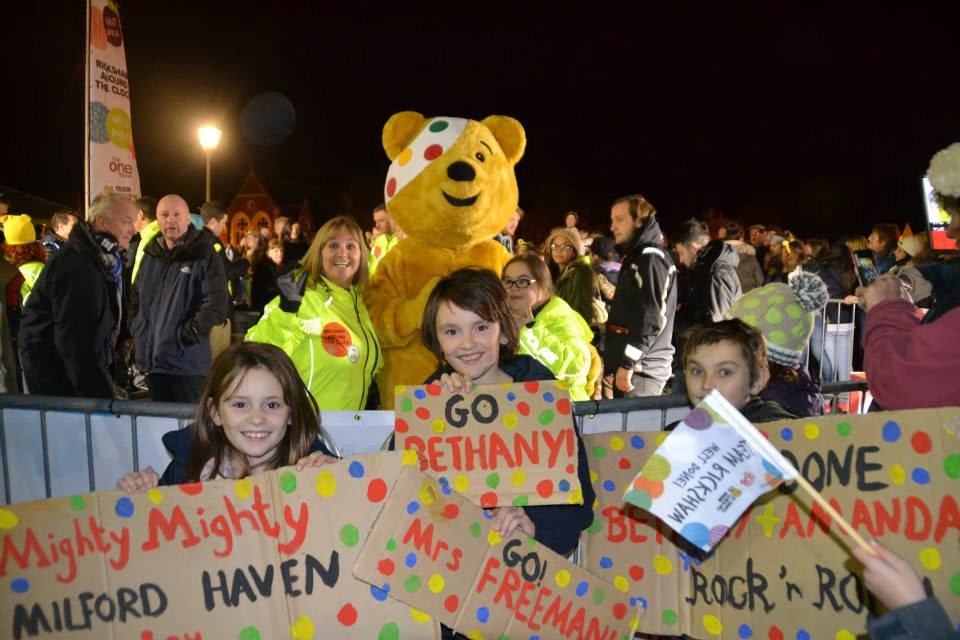 We were very grateful that now Amanda and Bethany have “friends in high places” we got to meet…Pudsey Bear! 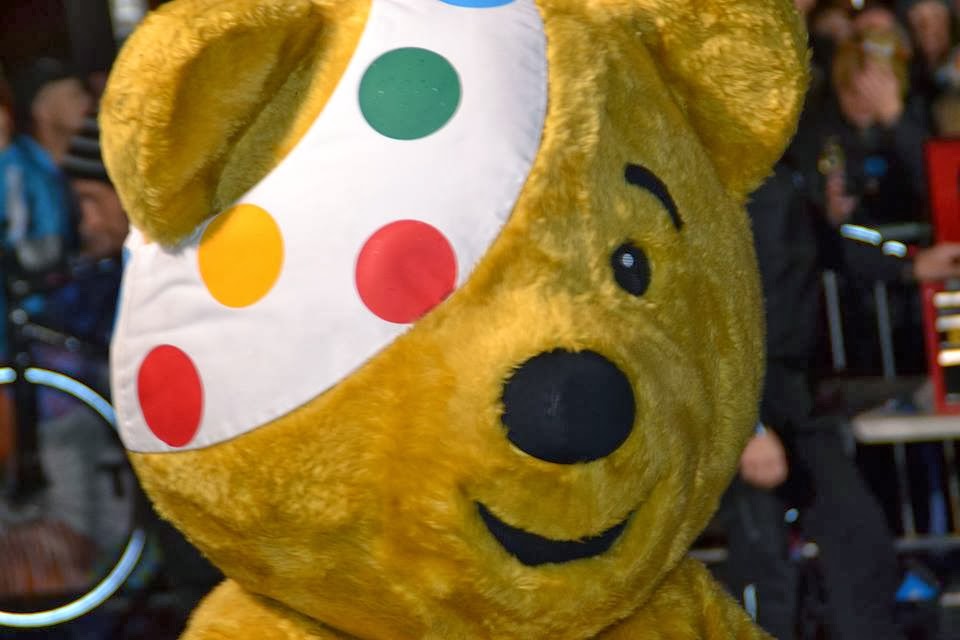 I really think he is winking under his bandage in this one! 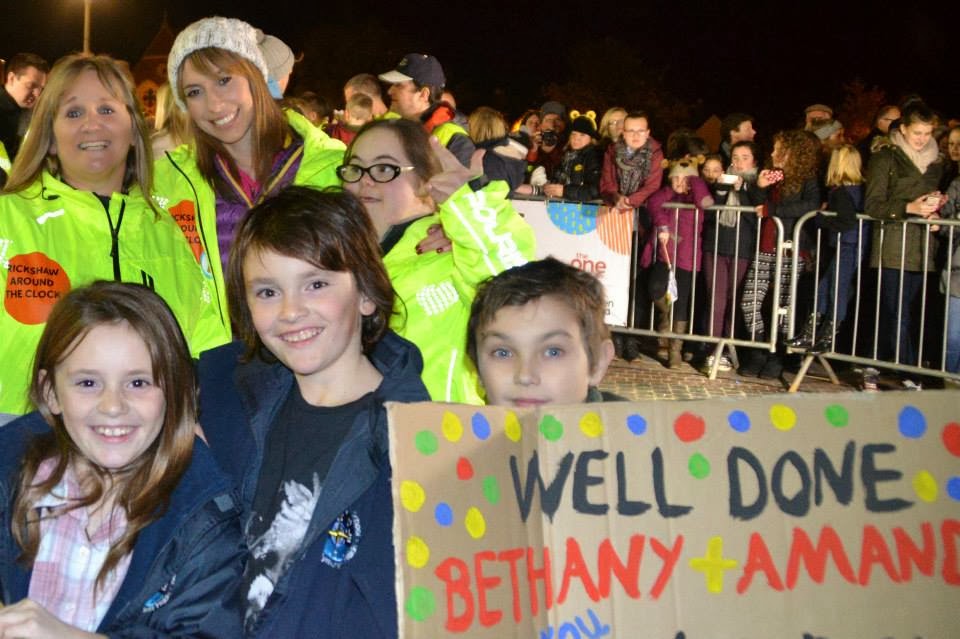 The lovely Alex Jones was in high demand.  Everyone wanted a photo with her and maybe an autograph. 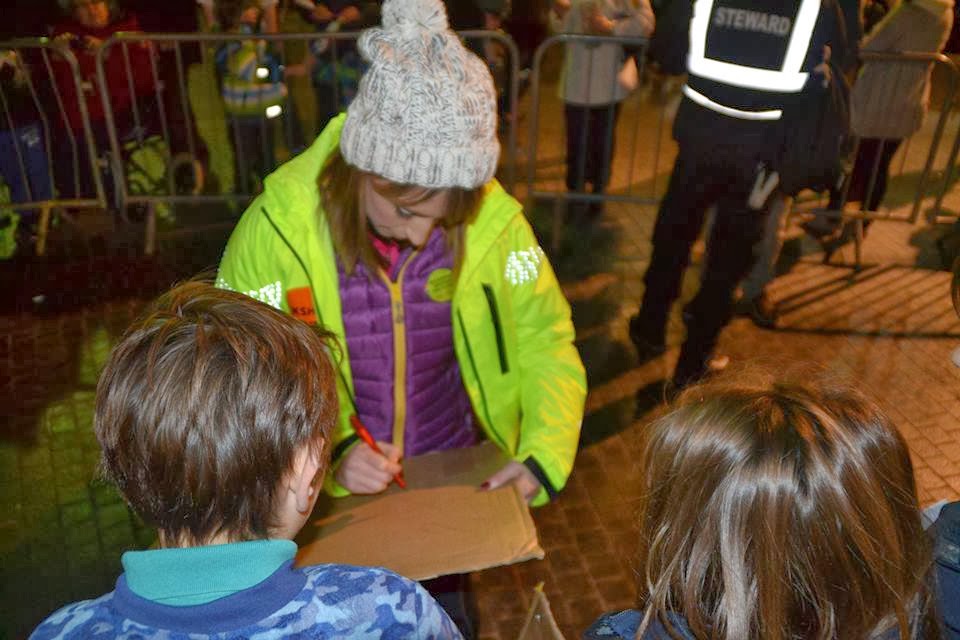 She was very patient and took lots of time to meet every one.  She was so popular that while our kids were having photos with her they were constantly being “photobombed” by older Alex fans! 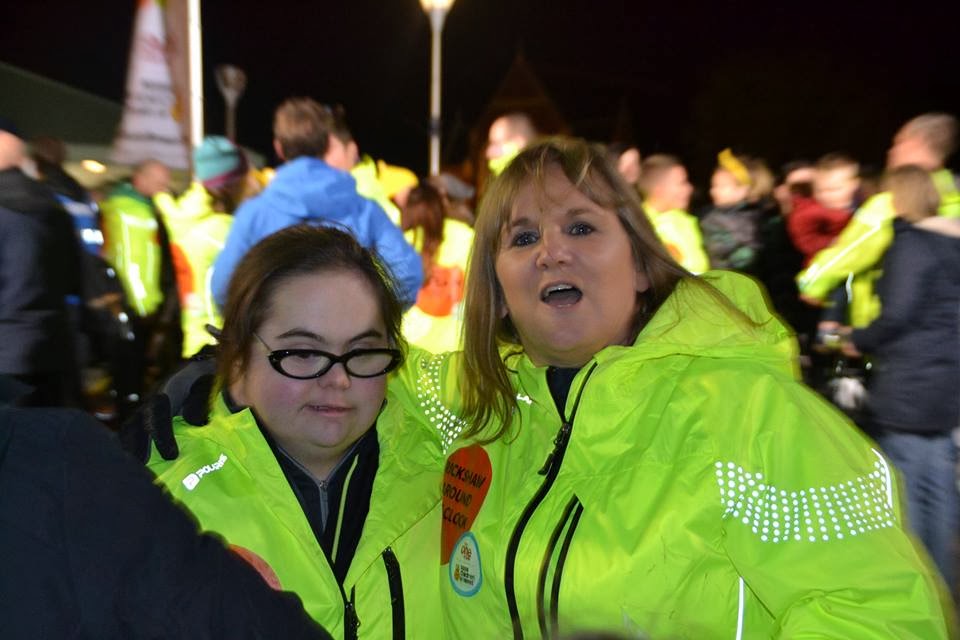 But of course these were the true stars for us, we, along with Portfield School, Hakin Community School and the people of Milford Haven and Pembrokeshire are so proud of Bethany and Amanda and how well they have done on their Rickshaw Challenge.  They tackled it with such enthusiasm, “We’re ready to rock and roll!  Let’s do this!”  They kept going when the going got tough and Bethany was so brave to get back on the rickshaw after her tumble.


Well done, Ladies!  You are an inspiration to all!


The two things that don’t come through from just watching the show are how hard pedalling the heavy rickshaw is and how many people are involved in actually making this challenge happen.  The team were really well organised, hard working and friendly, all going about there specific tasks, whether that be fixing the rickshaw or filming for the show.


There was an amazing atmosphere within the supporting crowd too.  One lady even offered to give us her address, postcode and phone number so we could stop at her house on the way home to have a cup of tea and a toilet stop as she knew it was a long way for the kids to travel home at night. The kids had a fun Children in Need day in school as always and cuddled up to watch the show on the settee as we always do.  This time knowing we would also get to see the Final Finish of the Rickshaw Challenge. 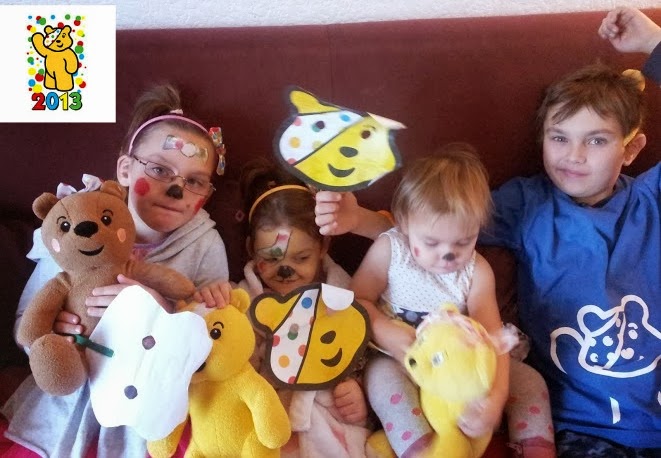 We were so pleased to see they raised a total of £1,354,459 so far!  Everyone who took part in The Rickshaw Challenge did amazingly well and we can all tell that great friendships have been made after going through this wonderful experience together!