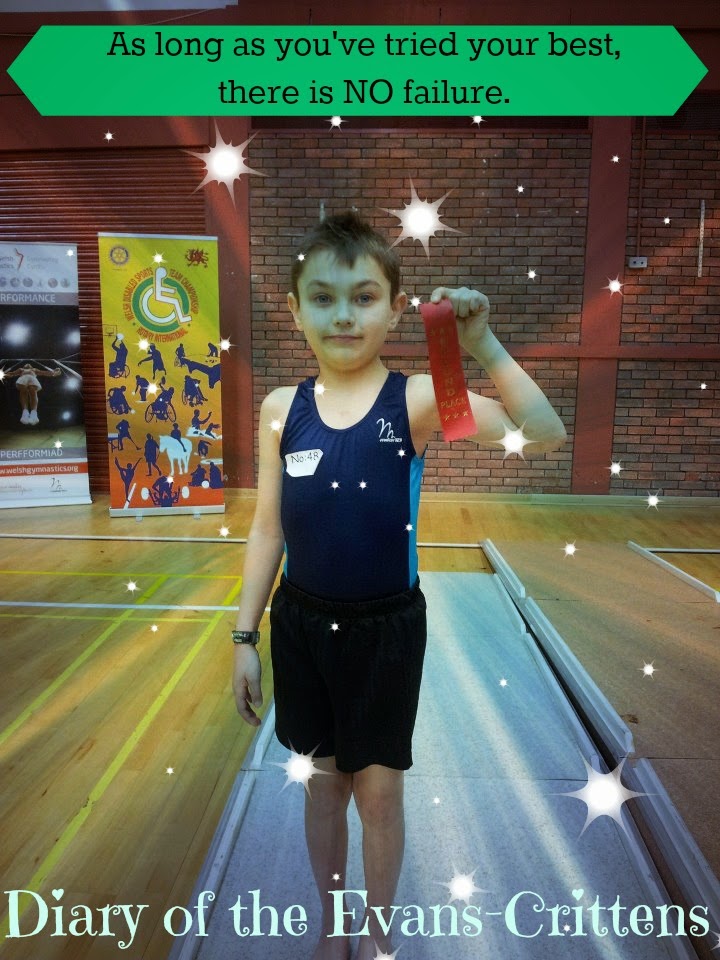 Well we’ve been a little bit too busy during the last few weeks in the land of the Evans-Crittens.  I’m running around in circles, but I can’t seem to catch my tail!

I was still recovering from the long coach journey to and from London, when it was time to travel to Cardiff for Danny’s Gym Competition (Welsh Gymnastics National Rotary Gymnastics Finals).

We had to get up at 5.30 am.  I could easily have managed this on any other day, but feeling sleep deprived from the weekend, I admit it was a struggle.  The one saving grace was that once I had drove to Haverfordwest, a Coach drove us the rest of the way to Cardiff.  This meant I could rest on the journey instead of concentrating on the roads.

We drove to Haverford with Nanny and our friends Rose and Bobby, so it was nice to have company and not feel like the only ones up in the World. 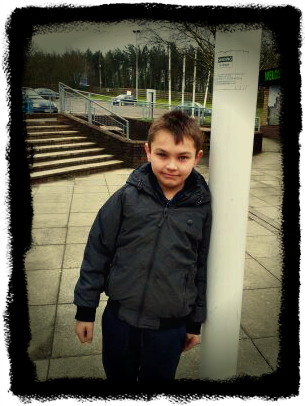 The coach toilet wasn’t working, so Danny was VERY relieved when we stopped at the services! 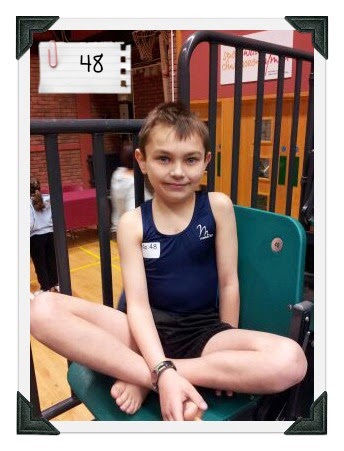 Last year, when I drove myself I got lost and couldn’t find Sofia Gardens.  I got myself right into the busiest part of the City Centre, bus lanes and one way streets.  It was a nightmare!  This meant that I made two of the very valued coaches late which I felt very bad about!  This year, thanks to the Coach Driver, we arrived just in time to register but not too early to get bored.  Danny found the perfect seat for him:  Seat Number 48 for Gymnast Number 48!

One of the coaches from his Gym Club very kindly gave up his day to warm up and coach the children in the practice session.  This means so much to the kids.  I saw Danny’s look of panic in his eyes when he couldn’t spot his coach on occasions.

I really need to do a short course on Gymnastics so I can help Danny with his routines.  If his coach hadn’t arrived, I would not have had a clue!  Thanks so much, Ryan!

I love watching Danny perform at gymnastics.  Even from a very inexperienced eye like mine, I can see how much he has improved.  The reason he joined his Gymnastics Club was because he had very underdeveloped gross motor skills, low muscle tone, poor balance and poor concentration.

Now, he really concentrates on his routine and wants to get them right.  If it does not go as well as he wanted it too, he shakes his head and is hard on himself.

He looks up to the Gymnasts in the Gold and Platinum category and aspires to be there himself one day.

Last year, when they announced the winners, Danny’s name was not called so we assumed he had not won at anything.  No worries, he was proud to have taken part and represented his school and Pembrokeshire in the National Competition.  Then a few weeks later, we found out that he had actually won three medals.  They arrived in the post  a while after that.

Danny belongs to one of the biggest categories, so there was a chance that he would come away with no medals this time.

I was very relieved then when his name was announced for a Second Place (Silver) in Vault.  This was the performance that he had been least happy with himself but the judge must have seen the good points! 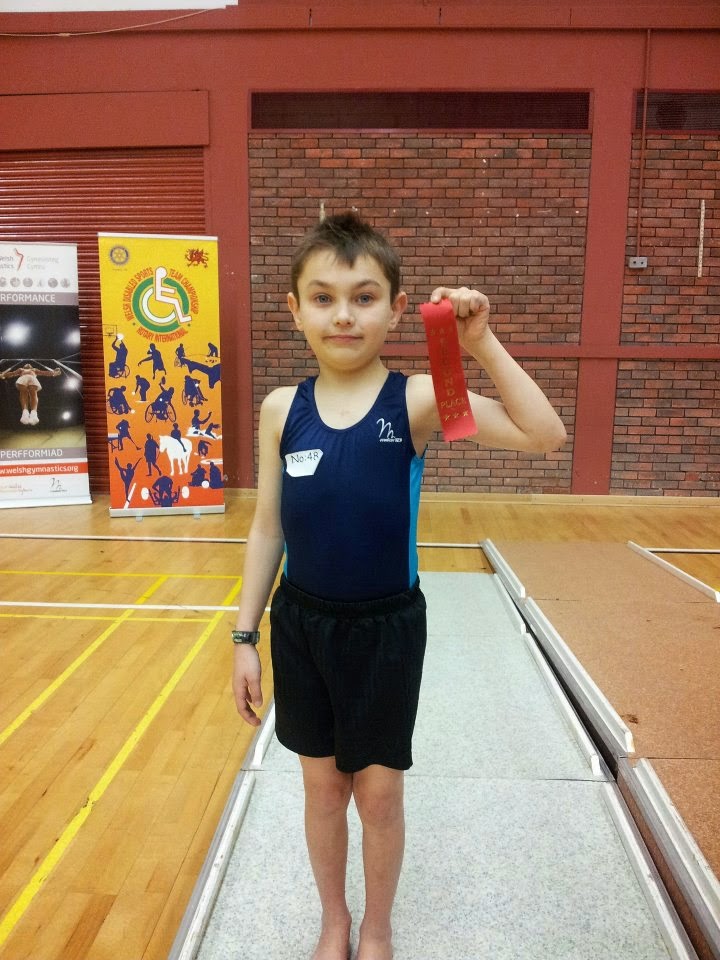 We wrote this Acrostic Poem on the way to pass time. 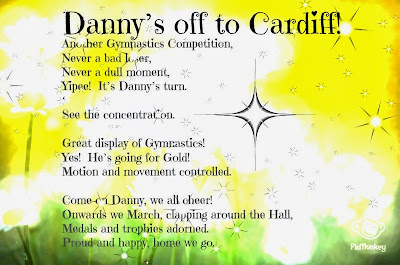 Then last night at Gym Practice, the club presented every member with an Easter Egg as they always do before the holidays.  Danny was delighted, so thanks so much Pembrokeshire Special Needs Gymnastics Club!


He said straight away that he will share it with his sisters.


Well done to every child who took part- I cannot help but smile as I see your happy faces while taking part and getting your medals!  Well done to all the coaches, teachers, judges, volunteers, parents, Welsh Gymnastics and the Rotary Club too.

Well done, Danny!  We are so proud of you for all you do!