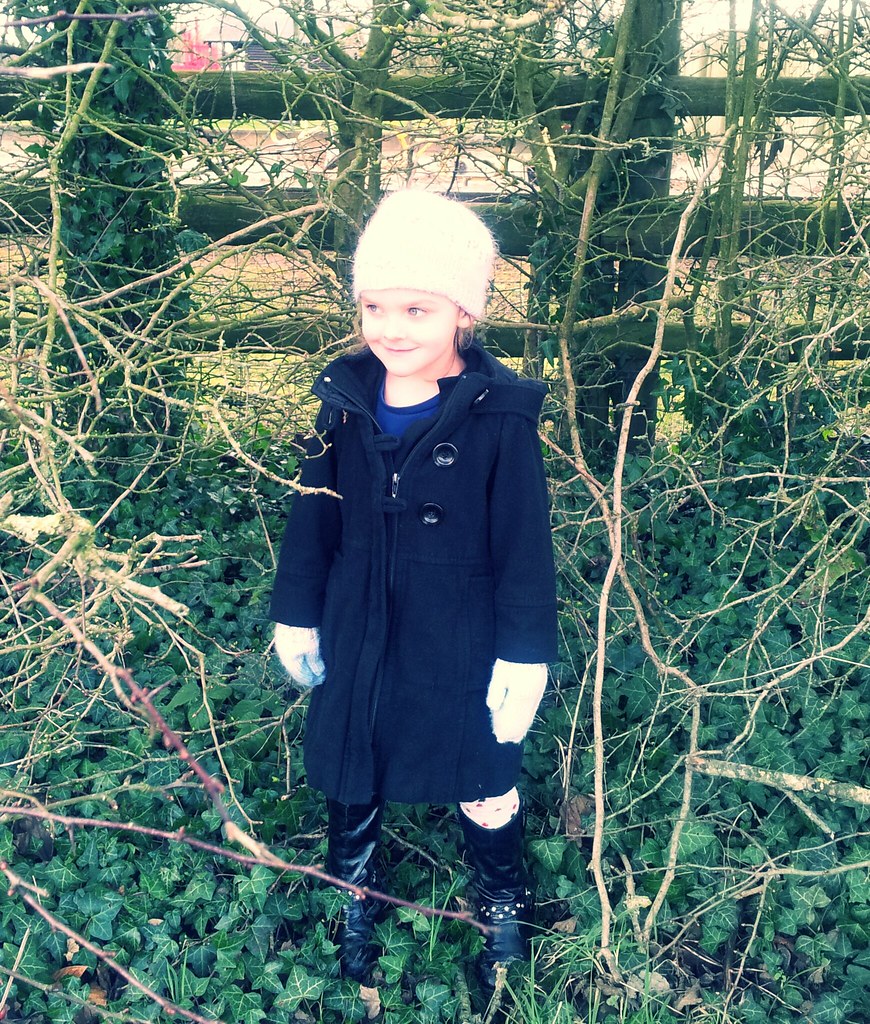 Last weekend we visited Folly Farm again.  We haven’t been there since our Winter Christmas visit at the end of last year.

As I’ve mentioned in previous Folly Farm posts the kids love the Play Areas there.  There are lots of them and they are all well designed and so much fun.  The kids always want to spend all the time there.  As the weather was no nice- honestly it was “coats off weather”, an early taster of Spring, I let them make the most of the play areas. 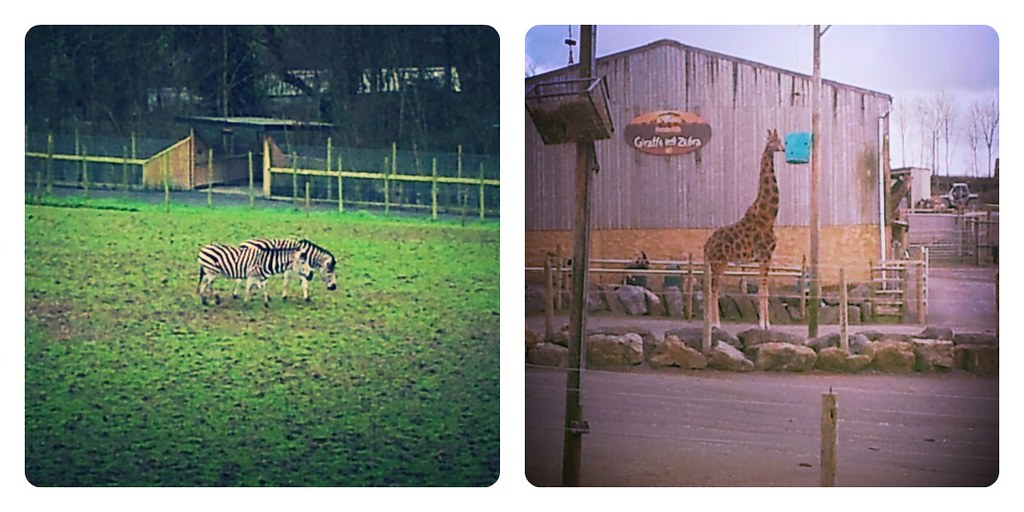 We started off seeing the Giraffes and Zebras.  We had our usual boogie to the African music. 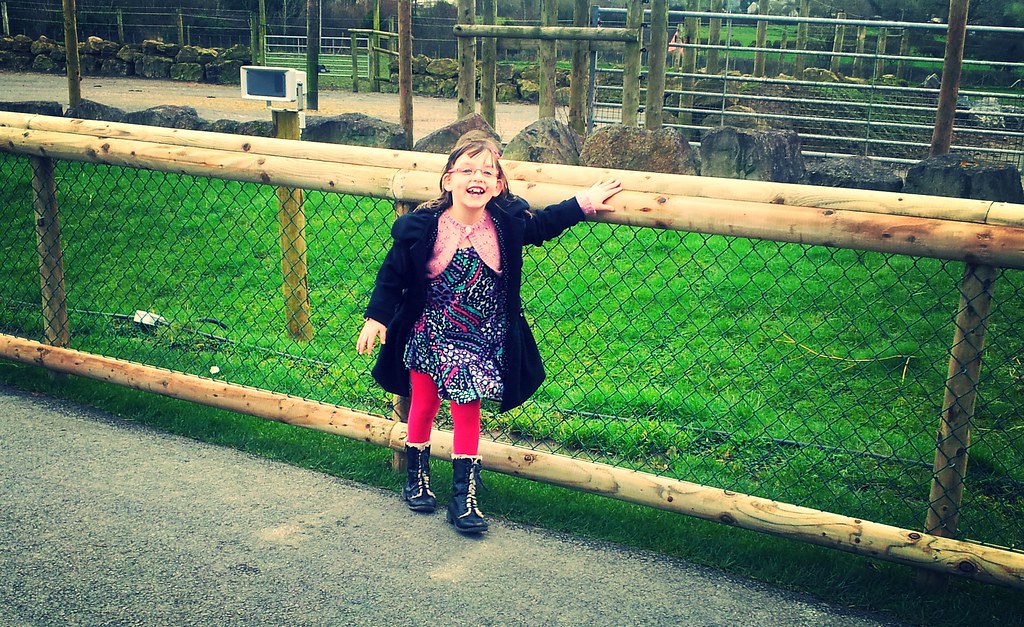 Isabelle joined in too.  She loves music so much just like the other kids.  If any music comes on tele from adverts, TV credits or the music channel she has to have a dance.  First her head starts nodding to the beat, then she tilts it from side to side, allows her body to join in and then adds a crazy feet dance.  I promise I will film her one day but for now every time she does it I have to join in too and mimic her so she laughs and then I quickly find more music for her in case it finishes and spoils her fun!  I love it!

I then noticed Danny’s shoes were on the wrong feet!  He argued with me for a while that they were on the right feet and told me they felt really comfortable.  He then gave in and double checked.  Here he is laughing to himself as he changes them! 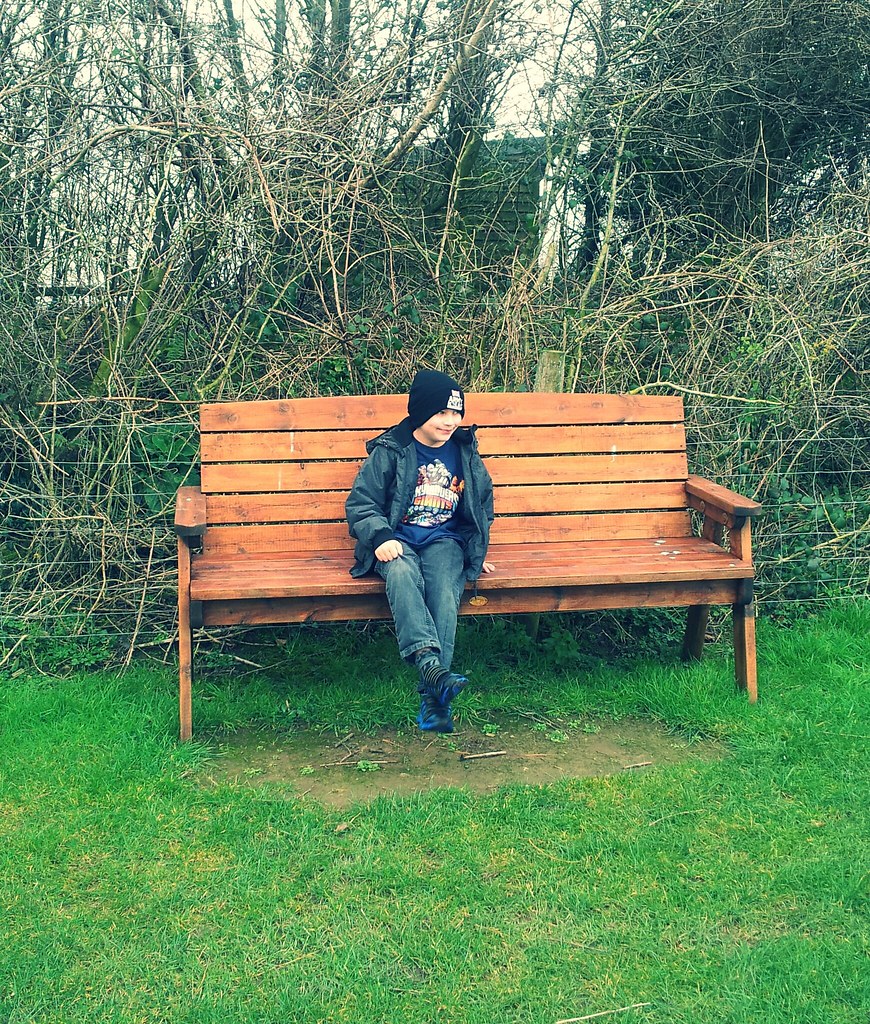 Then we went round the play areas starting with the Pirate Ship.  Weee!  Down the slide!

Then we moved to the Ship Wreck… 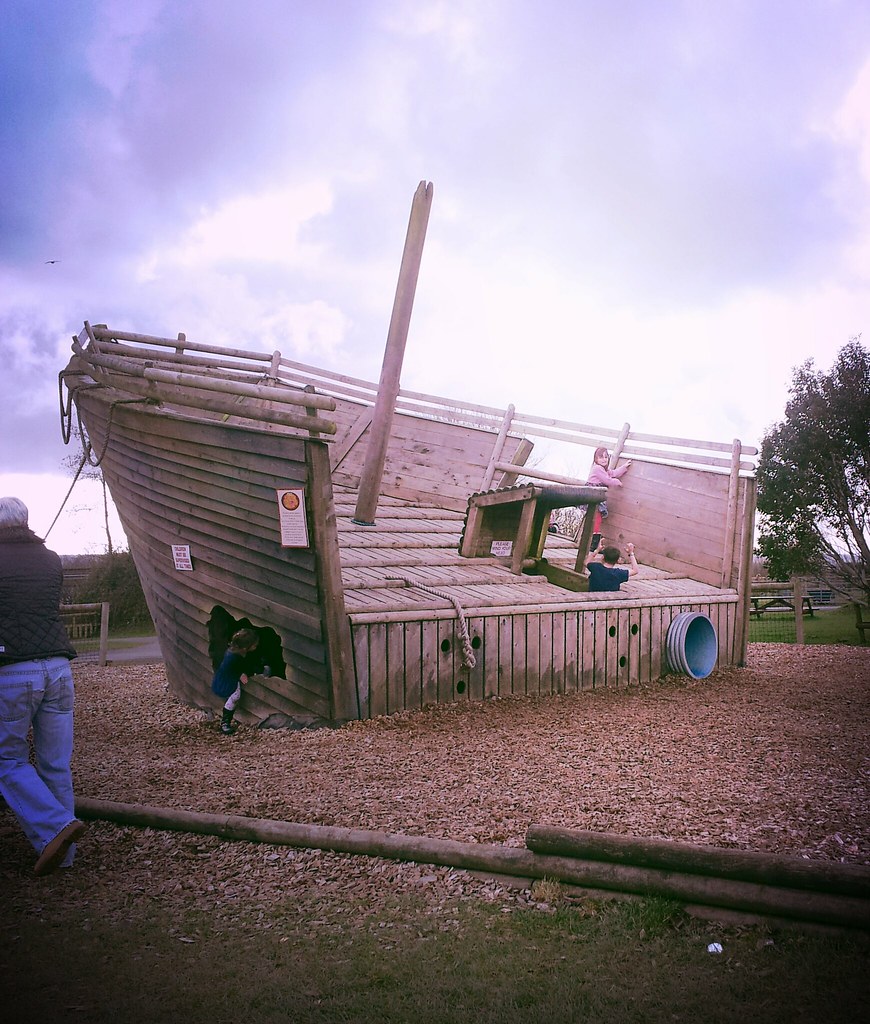 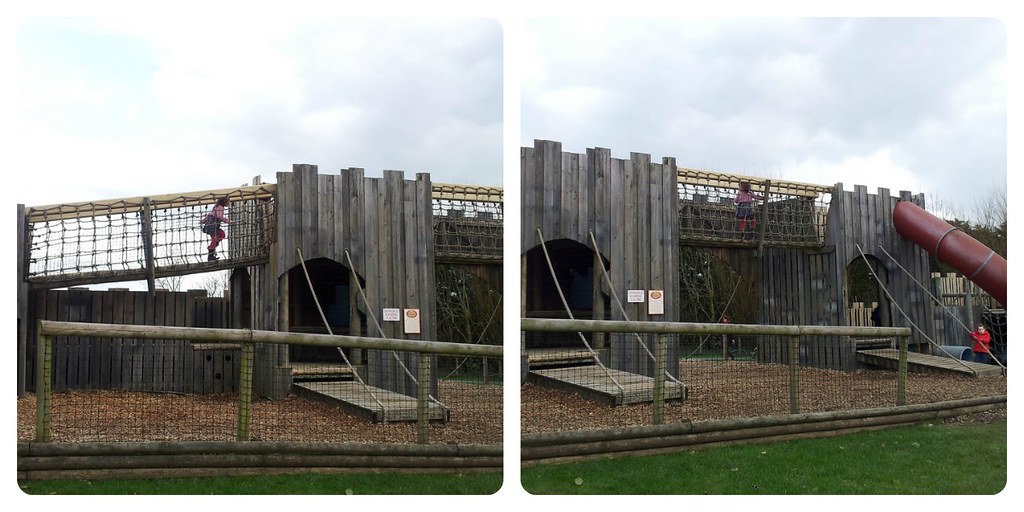 We made sandcastles and moats in the sandpit. 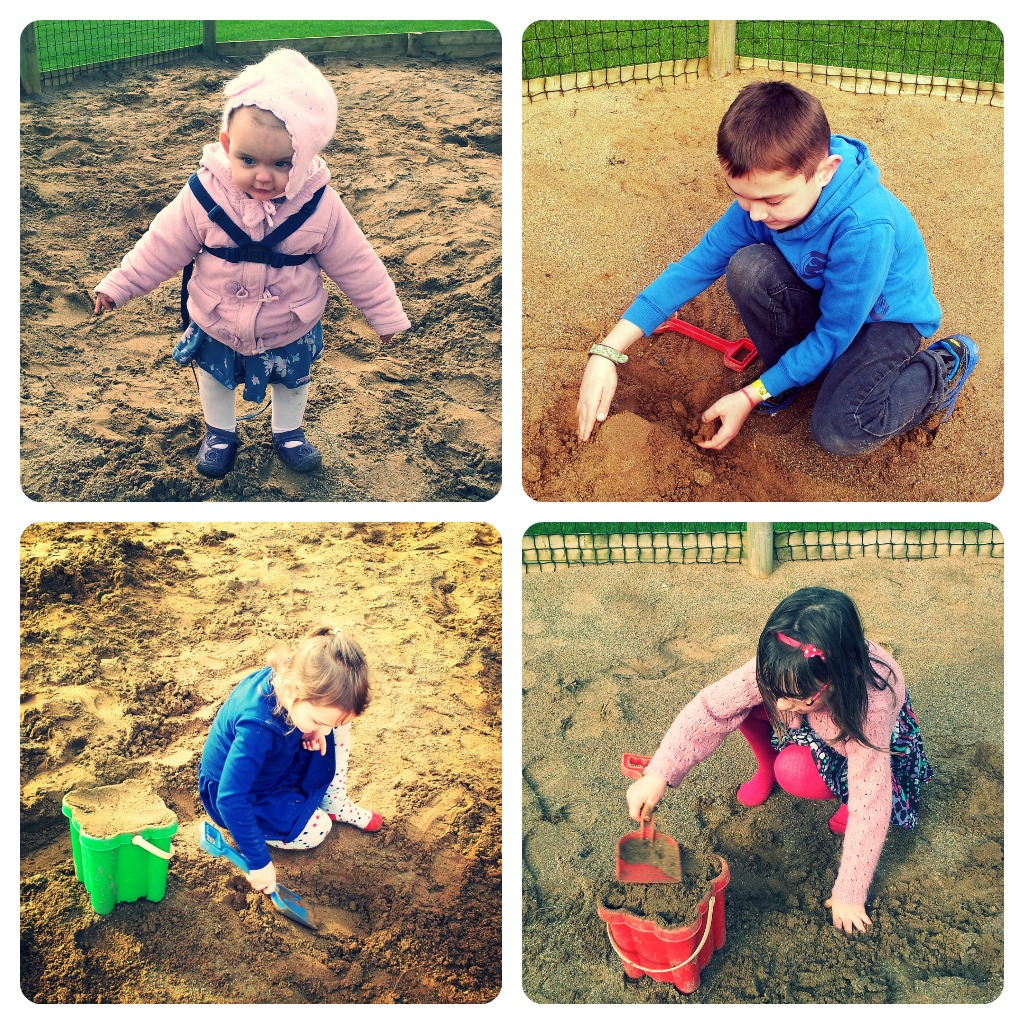 We raced on the pedal cars.  I thought that Isabelle could not get the hang of these, she kept moving backwards instead of forwards.  However,at home, she manages to move forwards, so maybe she just wanted to go that way for  a change!  Haha! 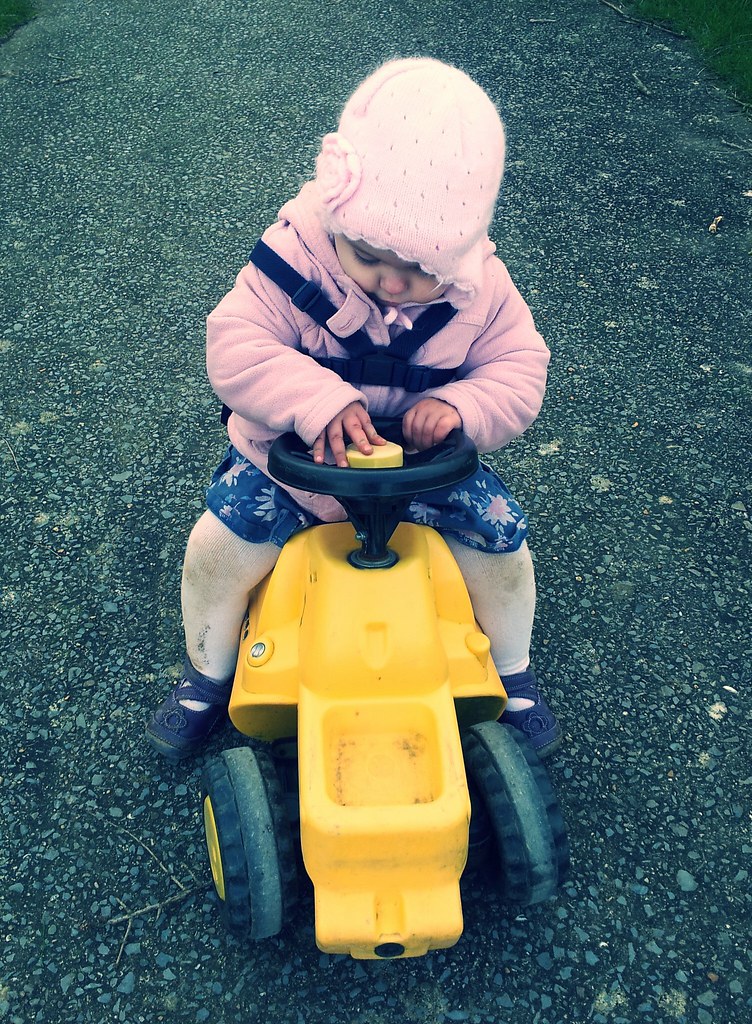 They all like the destruction playground too.  They climb on the trucks and invent games playing with the diggers. 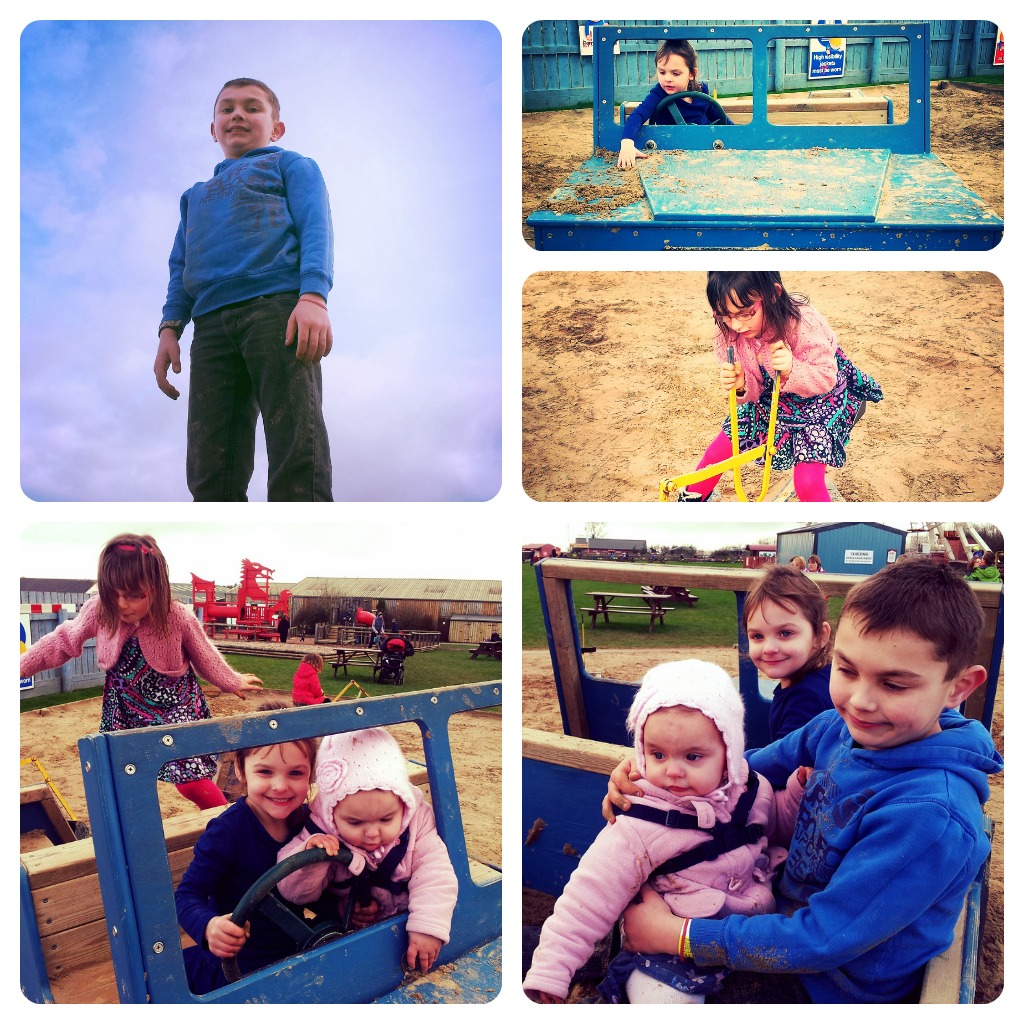 We also played in the dragon playgrounds before we went indoors to go on the Vintage Fairground rides and play in Carousel Woods. 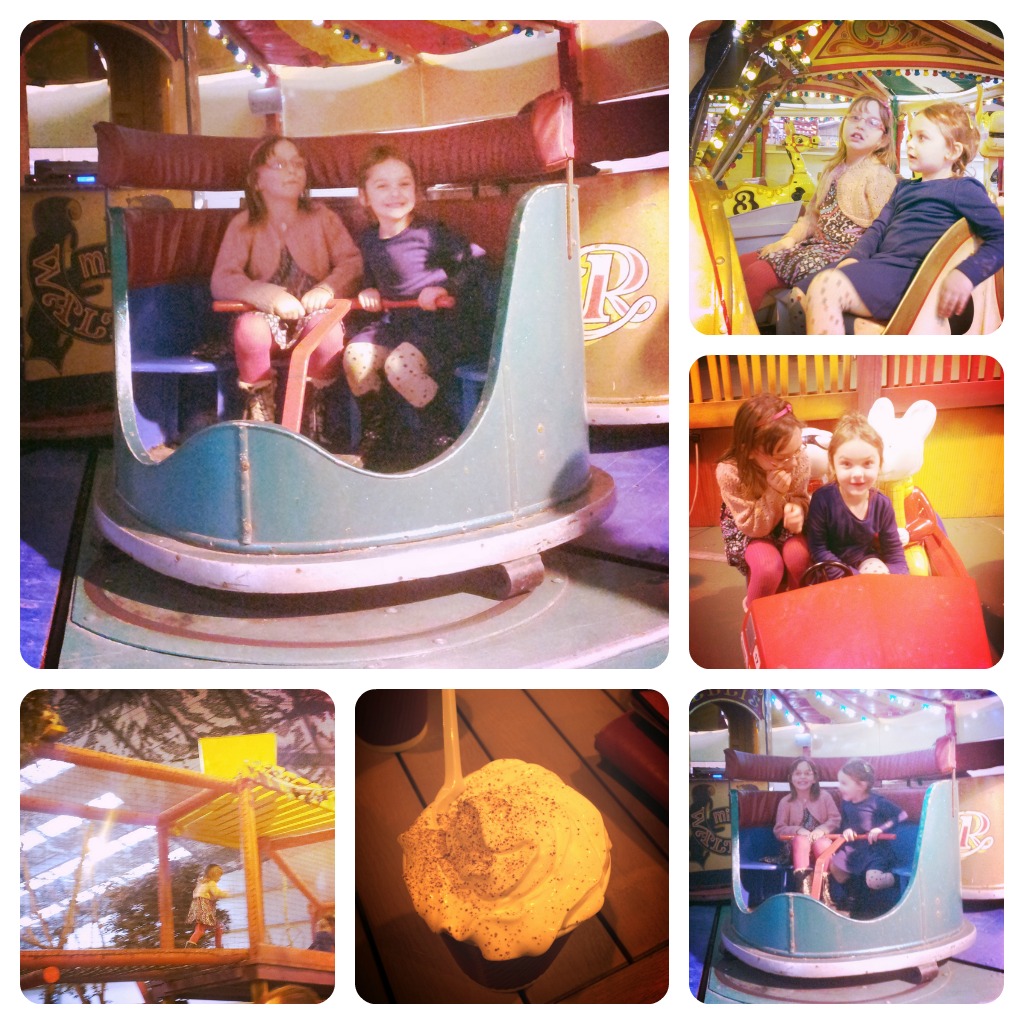 I admit that Mum and I would have liked to have spent more time seeing the animals!  However, the kids really appreciated having a day just to run about and play.

My aim this week (if it’s warm and dry enough!) is to get the garden ready to play.  I tried this week but it turned really cold on Wednesday.   Too cold to bring Izzy out with me, but I was glad of the excuse to be honest!

What outdoor play have you been up to this week?