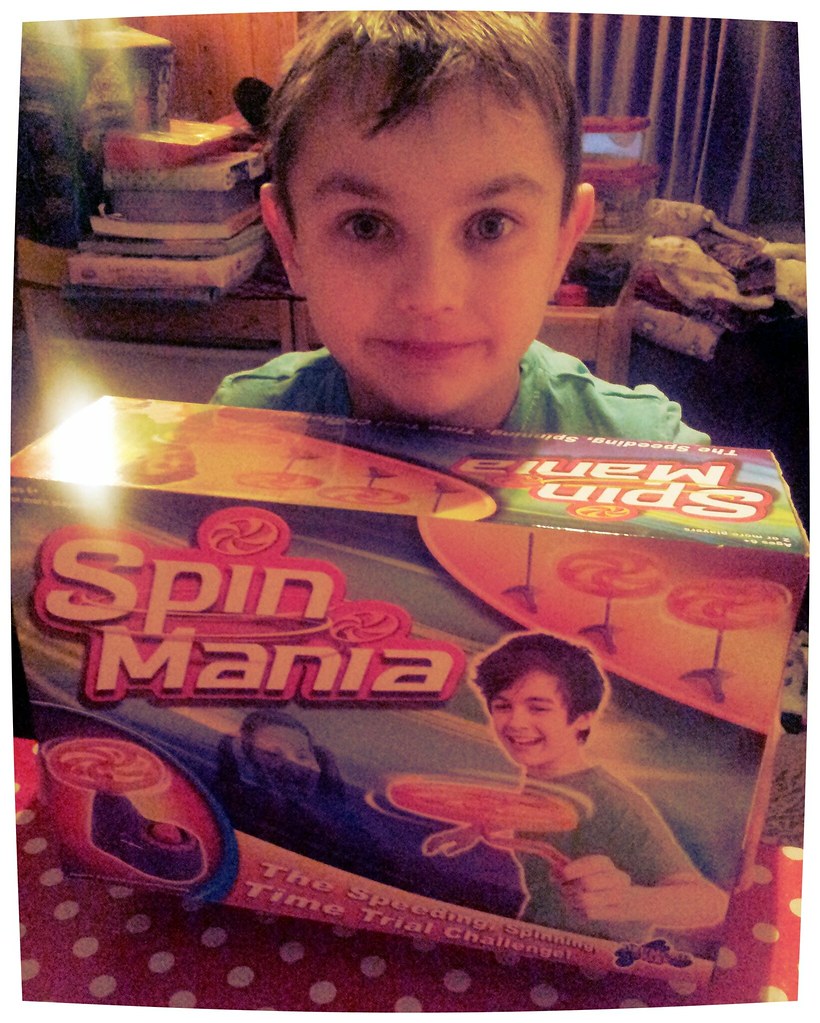 Danny was so excited when we were chosen to review the newest game from Drumond Park, Spin Mania.

He has been nagging reminding me every day that we needed to get it out of the box to play it, but first I needed to get two Size C batteries and I kept forgetting every time I went shopping!

Then, by the time I had bought the batteries, it was difficult to find the time, between clubs, activities and concerts. 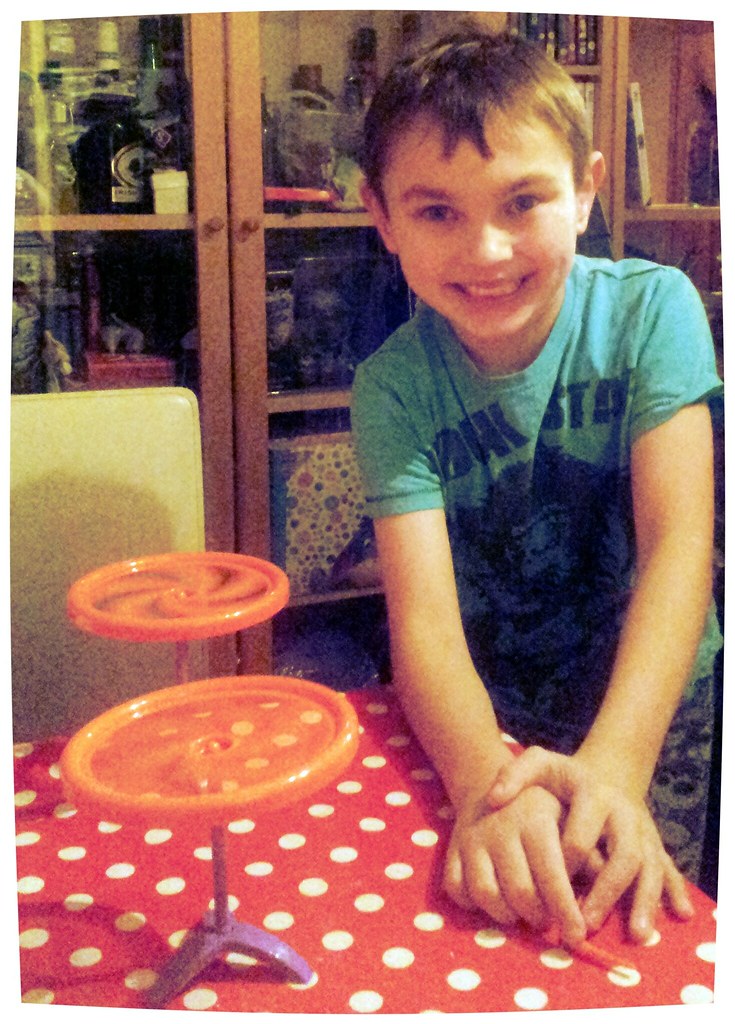 So, he was a very happy boy this week as his concerts have finished and he had no outstanding homework hanging over him,  we were at last able to find out if Spin Mania lives up to the advert (which looks amazing by the way)! 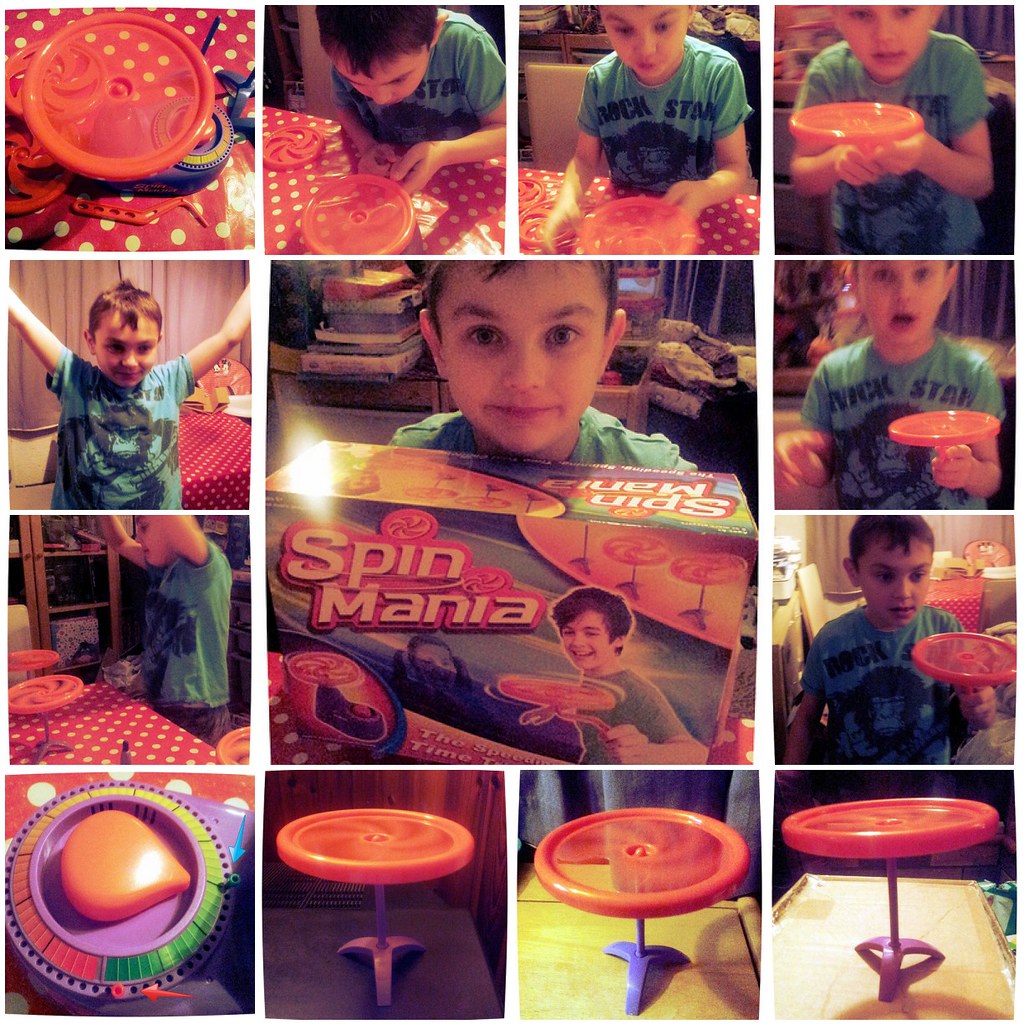 Spin Mania is suitable for ages six and over, so it will  be a nice game for Danny and Rebecca to play together.  It can be played alone or with two or more players.  It will keep Danny amused whether he is on his own or has lots of friends over!

What’s in the box? 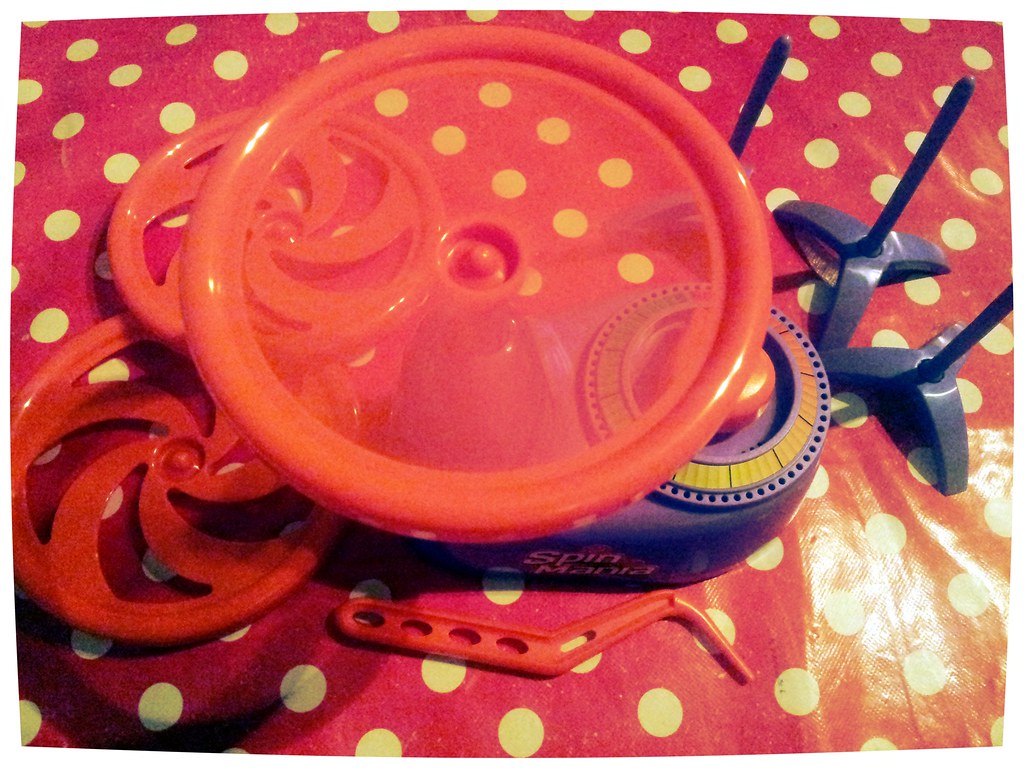 Spin Mania is a test of speed and agility.  The challenge is to spin up three plates, one at a time, and carry them on your spin-spike to three scattered stands.  All three plates must still be spinning on their stands when you rush back to the Spinning machine to stop the clock and mark your time.  If one or more of the plates has stopped spinning, then you must rush back to the Spin Machine and “Re-spin” your plate and put it back on the stand again.


The tricky part is that the other players place the stands when you are not looking , so you must have eagle eyes to find them all!  They are not allowed to hide the stand though and they must keep within the agreed boundaries.


The winner is the player who completed the race in the quickest time.

Before we played the game, we decided to practise spinning up the plates and putting them onto our spin spikes which we initially kept on the table.  Danny immediately managed to “Spin up” but I needed a lot more practise!


Then, to ease into the game we started with smaller boundaries, we kept all three spin spikes in the living room.  As we became faster and more confident we extended our boundaries to include other rooms.


Danny found the game exciting!  He would be quite happy to play this against himself just trying to beat his time score each time.  I can’t wait until the warmer weather when he can play this in the garden with his friends.


Danny and I enjoyed this unique game so much that we decided to bring it round to a Christmas Get together at Aunty Jo’s.  It’s a great party game and we all ended up in stitches laughing as we initially struggled with the spinning up and then got very competitive once we got the hang of it! 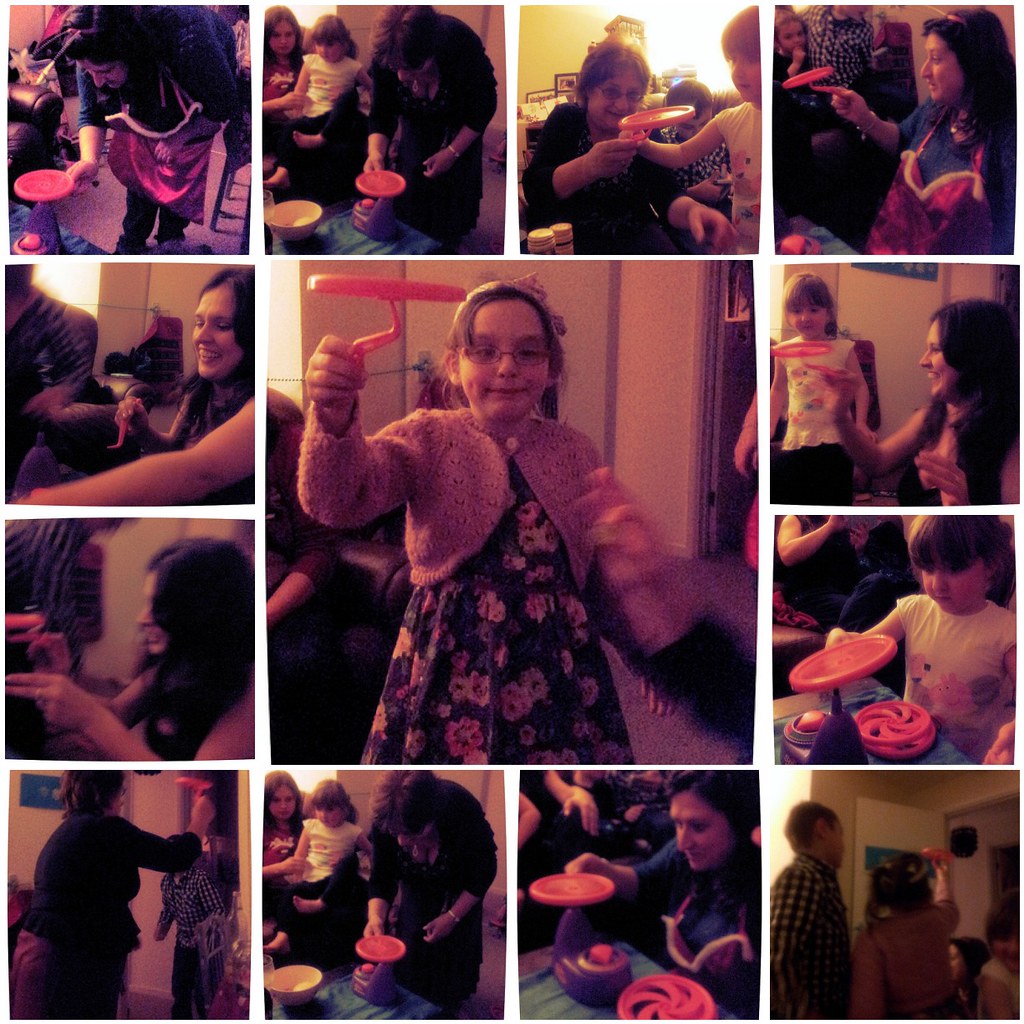 We will be playing this game over Christmas.  I like a game that gets you up and about and moving, especially when you’ve been overeating and lazy all day!  I like to go for a walk after Christmas Dinner, but if the weather is still wet then I might suggest we play this game instead!

I know it is too late to buy this game online in time for Christmas, however I have seen it instore at Argos and Home Bargains this week if you are looking for a fast paced and action packed game to play during the holidays (but don’t forget your batteries!)!

Danny gives it a big thumbs up! 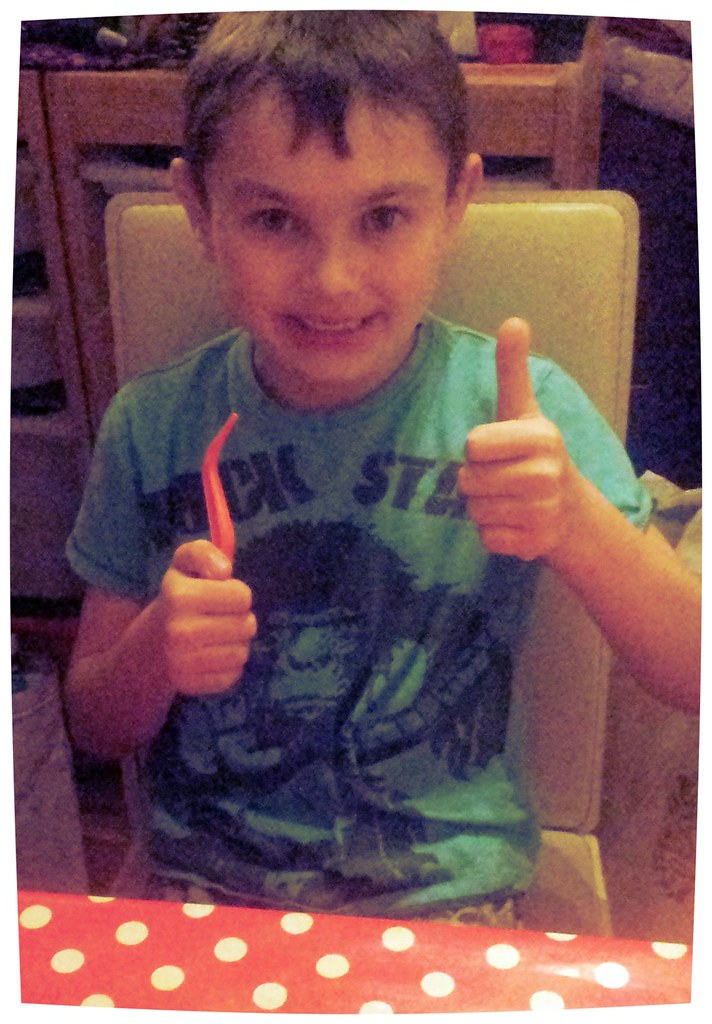 What  games will you be playing over Christmas?  I’d love to play “Don’t Laugh”, also by Drumond Park!  It looks hilarious!

Disclaimer:  We were sent Spin Mania to review, however all opinions are honest and my own.