This is the third year that Marshall (oh they of the World renowned Amplification!) have ran the contest.   They promised that this will be the biggest and best so far!  It certainly is in terms of the prizes:

I would love my favourite band to win the chance to play at Download!  Such an amazing opportunity for any unsigned band!

Marshall have always supported up and coming bands and recognise that holding band competitions can be a beneficial way of assisting them on their path to success .  Marshall have sponsored such competitions in the past and three years ago decided that they wanted to start running their own competition.

Their aim was to hold a competition that’s free for bands to enter and free for the fans to vote. The emphasis is on the band, their performance and musicianship. It is about the music and the performance – the two essential ingredients for any successful band.

The finalists get to play in the Marshall Theatre at Bletchley, home to Marshall for the last 50 years (yes, they celebrated their “50 Years of Loud” Birthday last Saturday!)  and still the place where they manufacture their flagship amps.

The Concert was a great tribute to the late Jim Marshall, who sadly died in April of this year. 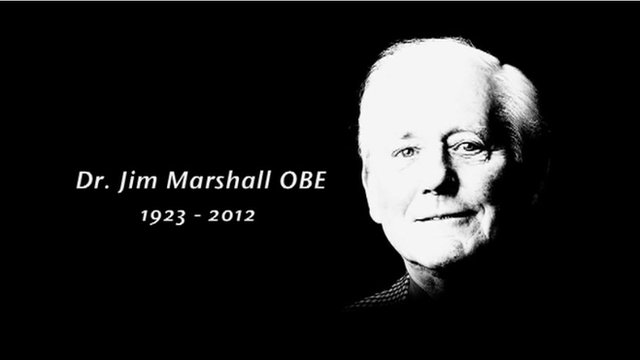 During August, the bands were giving the mission to “compose a composition that showcases your bands playing and musical ability to the max!”

The entrants then had to film themselves playing the track and upload it to the UBC website.

This competition is great for us fans.  There are nearly 600 videos uploaded to the Entrants page.

I’ve been watching a number of different videos every day to choose where my remaining votes would go (you get to give five different bands a score from five (highest score) down to one (lowest score).  I may have been lucky, but I’ve been really impressed with the standard and professialism of every video I’ve clicked!

With so many to choose from, there really must be a band to impress everyone!  I’ve really enjoyed watching them!

Once you’ve viewed the videos and decided who you want to vote for then you click on the vote tab. I am usually put off voting in competitions when I see that I need to register, but in this case you only enter your name and e-mail etc just to keep the competition fair.

Once you’ve registered, you then need to choose the entrants that you wish to vote for.  The bands are organised in alphabetical over twenty pages.  Then click and award them, 1st, 2nd, 3rd, 4th or 5th.  You can only vote for each band once.

Twenty entries will be allocated by most highest voted for video by the public.

Five entries that generate the highest level of public interest via social media will automatically qualify to the top twenty five entrants.

All the finalists will then get to play in the live final, as mentioned previously!

Who are Hate Gauge? 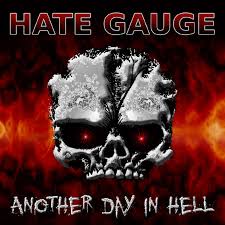 If you follow me on Twitter, then you will know that I gave my five points to Hate Gauge.

“Hate Gauge are a Welsh hard rock band based in Pembrokeshire. They are known for their powerful live performances and always give 110% whether playing for 10 people or a thousand! Influenced by the bands they grew up listening to, such as Pantera, Black Sabbath, Iron Maiden, Metallica and Anthrax, they have been described as both Neo-Thrash and Groove Metal.

Their new album ‘Hope, Envy, Love & Liesl’ is out now on itunes and Amazon.”

This is their entry video, Metal Messiah.


If you like it, you can vote for them here. (If the link doesn’t work, you can find Hate Gauge on page 8 of the entrants.)

Please take a look at this competition, there is so much unrecognised talent out there.

I really want to say thank you and well done to everyone who has taken part.  I am so in awe of individuals and bands, who spend their valuable time writing lyrics, composing music,  practising, gigging, recording, filming…purely for the hell and fun of it!

In the words of Abba (cos I am so cool!):  Thank you for the Music! 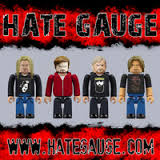