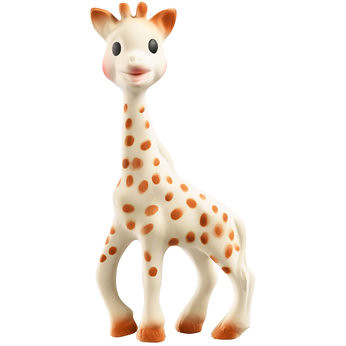 When Isabelle plays with her baby toys, it is lovely because they bring back so many happy memories. Many of them are nearly ten years old, having first belonged to Danny.

Danny loves being told that such and such a toy used to be his when he was a baby and when we remind him that at one time, he used to be the same size as or even smaller than some of the toys, he just can’t imagine that! He laughs when we recall that he used to be so scared of his Rumbling Winnie the Pooh that poor Auntie Jo Jo felt guilty for buying it for him!

Other toys remind me of Rebecca or Caitlyn’s early childhood, as those toys were special to them.

Having three older siblings, means we would never have to buy Isabelle any new toys and she would never run out of them, but when our older kids were passing on their toys to her, I really felt that she should have some things just for herself. Toys that when she leaves home (far too early to be thinking of that now, bless her!) we can put in a box of special memories, that belong truly to her to pass on.

There was one toy that I have seen everywhere since giving birth to Isabelle. I don’t know how, but I had gone over nine years as a mother without even being aware of it.

It was Sophie the Giraffe. 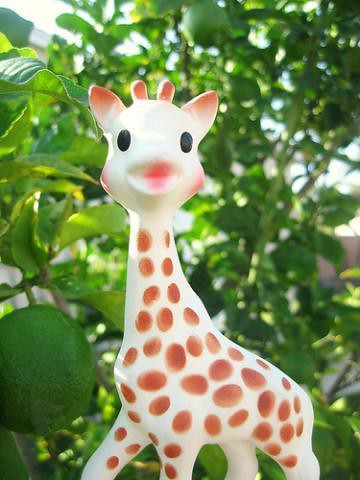 I assumed it was a “new” toy on the market, so I decided to find out more about it.  I was really surprised and interested to find out that Sophie was not a newbie toy at all.  She was actually born in France in 1961 and I was about to find out her story.

“Once upon a time, a simple story…

The little giraffe was born on 25th May in year 1961…Saint Sophie’s day.

In those days, the only animal toys available were farm animals or pet figures…

That is why one day in France a certain Monsieur Rampeau, who was an expert in transforming sap from the hevea tree using the rotational moulding of rubber as a toy-making concept, came up with the idea of designing a giraffe. Such an exotic wildlife figure would be a first on the market, and its size and shape would be ideal for a baby’s small hands to grasp.

Sophie the Giraffe, who looked exactly the same then as she does today, went into production on Thursday 25th May.

She was an immediate success. Sophie quickly became a “must have” in baby’s essentials. Designed to stimulate the senses and soothe teething gums, parents recognised right away the benefits of this little giraffe for their child.

By simple word of mouth, the little giraffe’s fame spread.

From then on in Europe, generation upon generation of children were to love hearing Sophie squeak whenever they pressed her tummy or head.

Vulli, a company based in Rumilly in the Haute-Savoie region of France has continued to keep the jealously guarded secret of how this wonder toy is made. Sophie the Giraffe is still “traditionally” produced to this day, a process that involves more than 14 manual operations.

Made from 100% natural rubber derived from the sap of the Hevea tree, Sophie’s flexible, renewable, natural materials and non-toxic paint mean she is a safe and natural teething toy for your little one.

Since her creation in 1961 Sophie the Giraffe has wowed over 50 million babies (and parents!) worldwide with her natural beauty and charm, and her retro style has ensured that she has remained fashionable for over 50 years.

In France 9 out of 10 newborn babies are given their own Sophie la girafe.

Still the same, even after more than 50 years…she hasn’t dated in the slightest… “

Edit:  After I wrote this post someone reminded me that “Sophie” was in “Three Men and a  Little Baby”.  I probably knew this, but not giving a thought to my “future babies” all those years ago had completely forgotten about it!

I love toys with an interesting history, so I knew this would be the perfect gift for Isabelle to treasure forever.  Isabelle’s Granny recently gave us Dave’s squeaky, rubber Hippo, from when he was a baby, so I know it would stand the test of time! 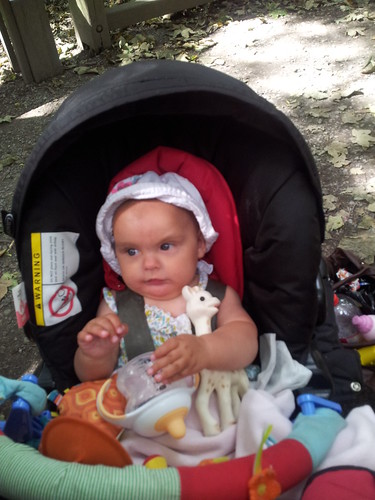 A couple of months ago, when Isabelle’s “Sophie the Giraffe Teether” arrived, she smiled the first moment she saw it.  She cuddled it from the start, it is the perfect shape for little ones to grip, she looked on in amazement when we squeaked it, and after a few weeks, she started to chuckle when she discovered she could squeak it for herself! 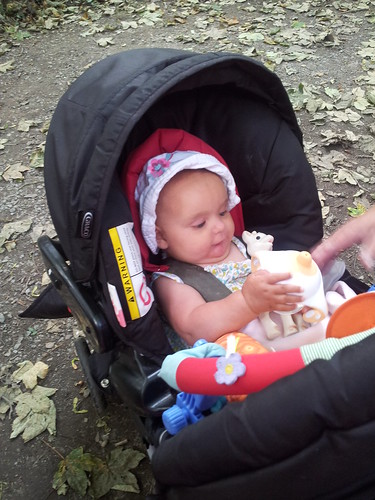 Isabelle is yet to have her first tooth, but like any baby, has not escaped the perils of teething.  When her gums give her gyp, she bites on Sophie’s bumpy head to soothe them.  We do joke about her eating Giraffes and ask her not to bite the Giraffes at our local zoo, Folly Farm.

Once she is calm she often pulls Sophie away from her so she can look at Sophie and “talk” to her.  This is so cute to watch.

I like the fact that Sophie is so transportable…she comes everywhere  with us. She can always be found in the car seat and pram when Izzy is in them.  She is also easy to clean, so I don’t have to worry if Isabelle covers her in her sticky puree!  Isabelle goes to sleep cuddling Sophie.  We know she is awake when we hear squeaking! 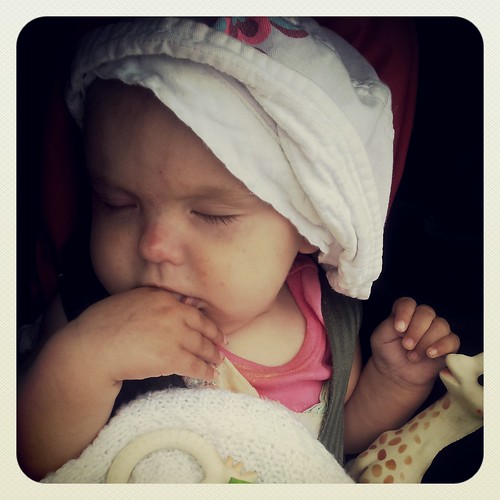 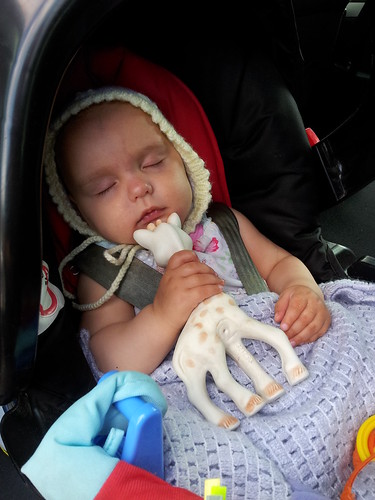 The only problem with Isabelle being able to “Squeak” Sophie by herself now is I have to hide Sophie under the Pram when we go to “quiet” places like Story Time at the Library.  I bought the quieter Sophie teething ring for when I need to do a discreet swap! 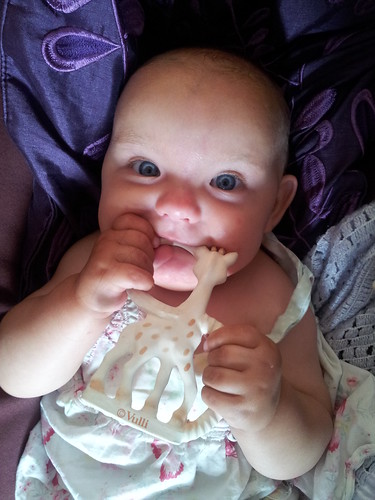 • Made from 100% natural rubber derived from the sap of the Hevea tree
• Natural Rubber is soft, safe & non-toxic for baby to teethe & chew.
• Lightweight & easy to grasp for tiny hands.
• Painted with non-toxic, food-grade paints.
• Stimulating to baby’s senses with her soft colours & gentle squeak.
• Bumpy head helps soothe sore, teething gums.
• Sophie makes an amusing squeak when squeezed – such fun for a baby!
• Slender, flexible & soft – babies love manipulating & teething Sophie.
• Sophie the Giraffe is Phthalate-Free with No Vinyl (no-PVC)!
• Born in France in 1961, Sophie the Giraffe is a classic!
• 18cm tall
• Suitable from birth +

(please ignore the crazy Welsh Mum Accent in this video!)

You can buy Sophie the Giraffe from Toys R Us for £12.99, I got mine on ebay for cheaper, thanks to a lucky baby ending up with two!  I did initially think that this was on the expensive side.  However, now, seeing the pain relief, fun and joy that it gives to Isabelle, I really do believe that it has been worth every penny.  It is a must have toy from Birth and I will be gifting newborns with this from now on!

I know that it really is a practical, useful, classic toy that Isabelle will treasure forever.